Most people pack a swim suit and sun screen for a trip to the Philippines, but one airline traveler was found with over 1500 exotic turtles and tortoises — including at least one threatened species — stuffed in his or her luggage.

The reptilian stash was seized in the baggage area at Ninoy Aquino International Airport over the weekend, where customs authorities believe the unidentified traveler, who was traveling on an Air Philippines flight en route from Hong Kong, left these 4 bags unclaimed upon learning that his or her luggage would be scanned. 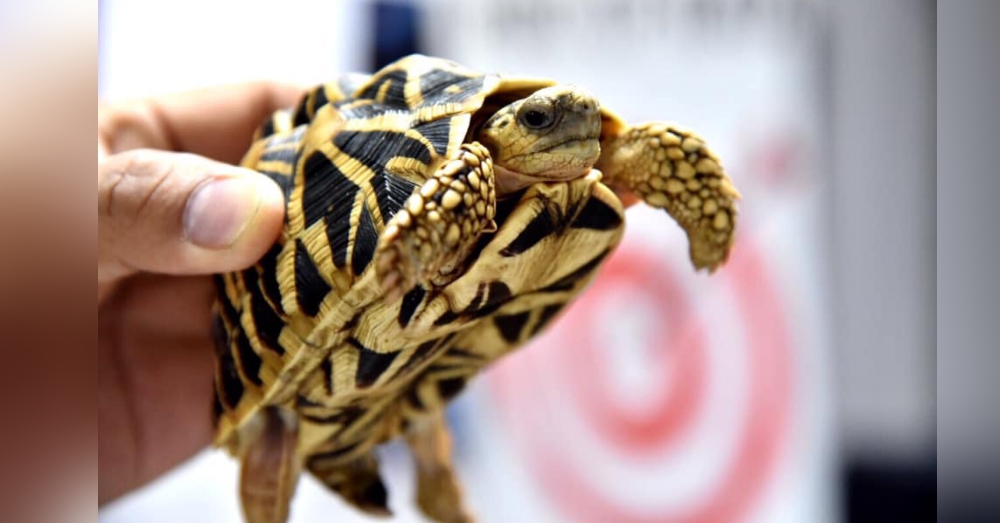 When custom agents opened the bags, they found 1529 live animals – a mix of Star Tortoise, Redfoot Tortoise, Red-eared Sliders, and Sulcata Tortoise, which are considered a threatened species — placed in plastic containers amid the clothing, snacks and other packed items. Many of the animals were wrapped in duct tape. One was stuffed inside a converse sneaker. 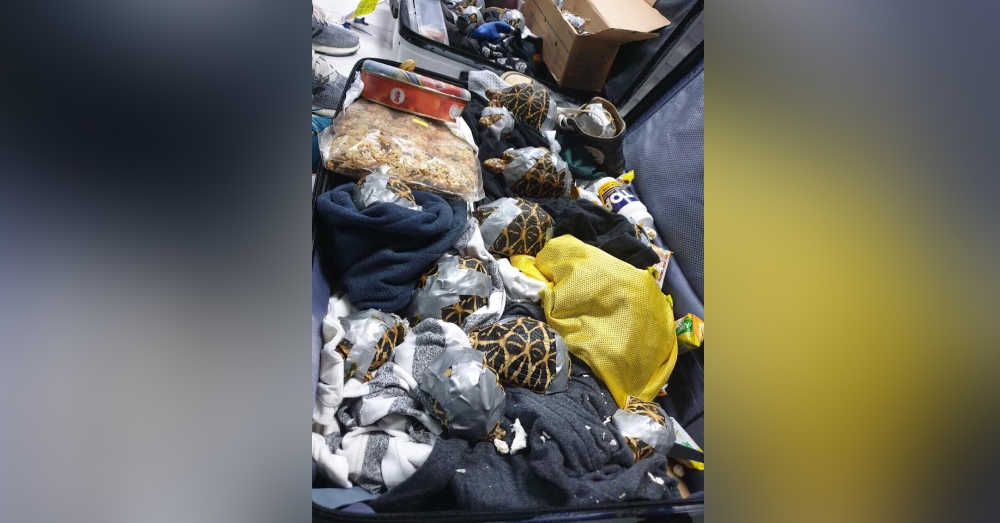 “The passenger may have been informed of the vigilance of Bureau of Customs against illegal wildlife trade and its penalties, thus leaving the four (4) X-Rayed luggage unclaimed in the arrival area,” customs officials surmised on Facebook. The animals were later surrendered to government’s Wildlife Traffic Monitoring Unit. 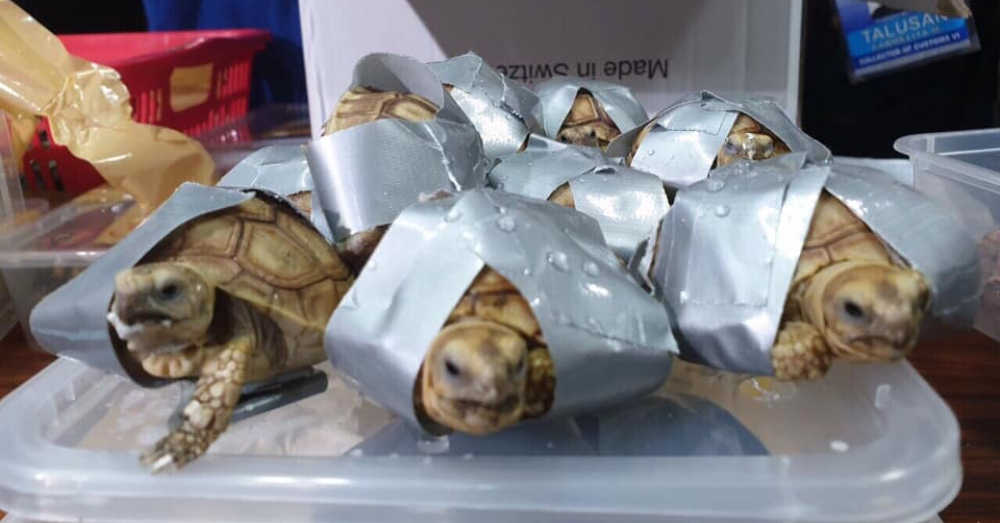 The turtles were likely intended for resale as exotic pets, which might have won this cruel person over US$86,000 on the black market. Turtles are also considered a delicacy and essential ingredient in Chinese medicine around Asia. 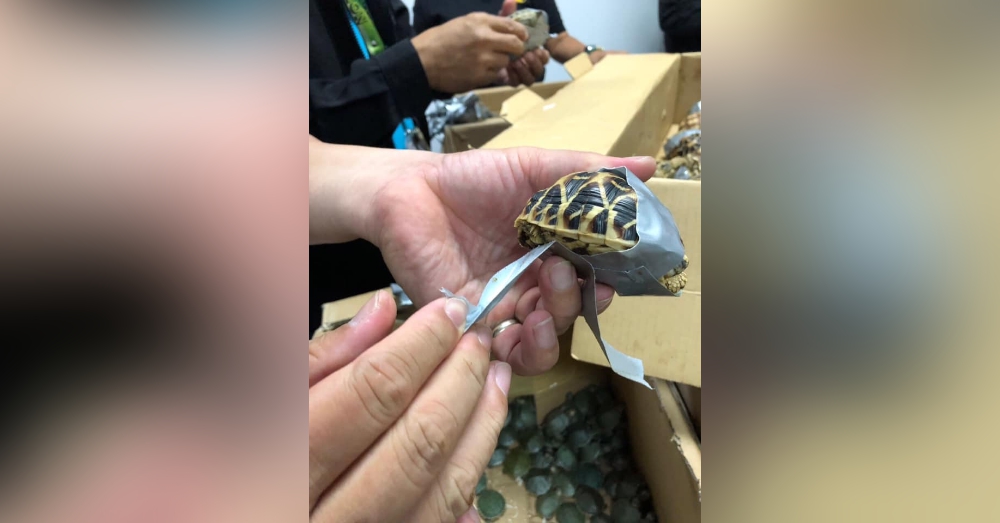 Regardless, this yet-to-be-identified smuggler also remains on the hook for a significant amount of money, because the Philippines doesn’t take instances of wildlife trafficking lightly. If and when this person is found, s/he faces $380- $3850 in fines and up to two years in jail.

Do you think this punishment fits the crime, or do wildlife smugglers deserve a harsher/more lenient penalty?